Birmingham Library, the Holocaust and Hope.

On Tuesday my eldest daughter and I went to Birmingham. We were going for a day at the University on Wednesday, and had to stay the night before. We arranged to meet up with an old friend of mine, who took us on a guided tour of the library. It was FANTASTIC!

Here’s an article about this amazing place.

Although I was not thinking about my forthcoming children’s book ‘Girl with a White Dog’ I was amazed to discover, as we walked into the foyer of this amazing library, that there was an exhibition about ‘The Righteous Among the Nations’. These are the non-Jews who saved Jewish lives during the Holocaust and who have been given formal recognition by Yad Vashem, the Holocaust Museum and archive in Jerusalem, as laid down in the law of the State of Israel.  I think it must have been connected with Holocaust Memorial Day, and the exhibition had photographs of non-Jewish Polish families and individuals  who had saved or sheltered Jewish families and individuals during the Nazi Occupation of Poland. There were also photographs of the Jewish people they saved. It was extremely moving. There were photographs of those Polish people who were executed for helping Jews, and stories of people who were imprisoned. There were accounts of how frightened they were when they hid their friends and neighbours, and I found tears coming to my eyes. There were also happier stories of whole families who survived the war, and love stories and abiding friendships.

If you want to read more about these inspiring stories there is quite a lot written about them, including the website of Yad Vashem http://www.yadvashem.org/yv/en/righteous/index.asp  and a book by the historian Martin Gilbert called ‘The Righteous’ about ‘the unsung heroes of the holocaust’.There are also the amazing books by Maurice Gleitzman ‘Once’, ‘Then’, ‘Now’ and ‘After’ which deal with a little Jewish boy’s experience of Poland and Nazi rule, and where the danger to Polish people who helped Jews is clearly shown. http://www.morrisgleitzman.com/once/index.html 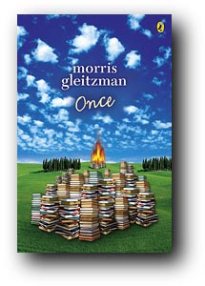 I found myself amazed by the bravery of these ordinary Polish people. I can’t imagine the stress they experienced for years, knowing that at any minute their secret could be discovered and they and their Jewish neighbours would be executed. I managed to depress myself by thinking how I wouldn’t have been as brave, and then realised that such thinking is totally unhelpful. We don’t know what we can do until we are tested, but even if I WOULDN’T have been brave then (and I do suspect I wouldn’t have), that is not the point. The point is that it is 2014, and that we do what we can now, with the strength and the ability we have, however limited. We try to prevent such extreme situations happening again in our world precisely BECAUSE we cannot trust that we will all be as brave as those honoured as ‘Righteous Among the Nations’. I pray the Christian prayer the ‘Our Father’, where there is the line ‘And lead us not into temptation’ or ‘And do not put us to the test’, and I find that very relevant to this topic. I pray that our country will never be in the power of racists and fascists and that ordinary people will never be required to be as brave again. The thing is to tackle prejudice early when it appears, and to also strive to create the economic conditions of Equality and Justice and Fairness so that evils like Nazism cannot seem attractive and an excuse to blame others for our problems.

I had to remind myself of something I had written in ‘Girl with a White Dog’ to cheer myself up! A character says : ‘Please, do not despair. Do not think that kindness is worthless, or that because you cannot do everything, you should do nothing.’

I really believe that! Amazing things happen from small acts of kindness and hope. Look at the library in Birmingham – at a time when libraries are closing left right and centre we have this amazing building, which came from lots and lots of people all doing something together and sharing a vision for a beautiful place of culture and learning. For something on a smaller scale and also beautiful look at Carmen Haselup and her lovely initiative ‘The Rainbow Library’ http://carmenhaselup.wordpress.com/2013/02/13/the-rainbow-library/  as an example of something growing and inspiring others.

I can’t stay long, but realise it is ages since I posted and this is a very exciting post for me.

The publication date for my first published book – the children’s novel ‘Girl with a White Dog’ (Catnip) is coming closer every day (March 1st) and I have been sent a photo of the finished wonderful cover. It is designed by Philippa Johnson of Bounce Marketing ( a multi-talented person) and illustrated by Serena Rocca. 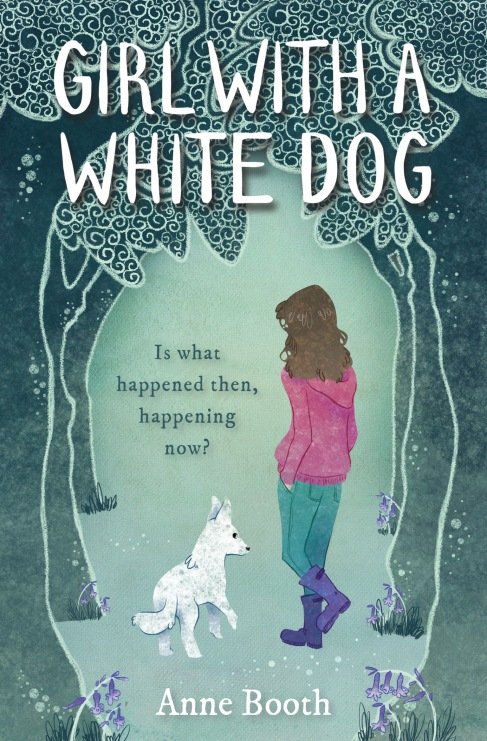 and Ta Da! (another trumpet fanfare and lots of clapping)

I love it because they have really thought about the book. ‘Girl with a White Dog’ references Grimms’ fairy tales alot, and also has a scene where Jessie, the heroine, takes Snowy, the white German Shepherd puppy, to dog training in a wood. So Pip and Serena have come up with a very fairytale-like scene. ‘Girl with a White dog’ is about a story happening now, so Serena has drawn a very contemporary teenager. It links to a story happening over 70 years ago, and Pip has alluded to that by using font on the cover which is like typewriter print or the type of print you would find in older children’s books.

I also love it because walking dogs in woods is very much part of my own teenagers’ lives:

(The family dogs have run on ahead in the picture – luckily Serena made sure there was an illustrated white dog on the cover!)

Found them! With 2 of my teenage daughters (I LOVE how Serena has drawn Jessie on the cover) and my husband.

I feel very proud of the line ‘A story to change hearts and minds’ on the back, as I really hope it does do that, and because that was originally Non Pratt’s suggestion. Non took on ‘Girl with a White Dog’ and along with Liz Bankes, was my editor. She left at Christmas, and is about to be a debut YA author with Walker Books with her book ‘Trouble’ (also out March 1st), so it is lovely to have something by her on the cover. I feel very grateful to her for taking ‘Girl with a White Dog’ on when my lovely agent, Anne Clark, submitted it to her.

So, all in all, Yippee! I hope you love the cover as much as I do. I still can’t quite believe it is true.

And a BIG thank you to Pip and Serena, and to Liz and Non for editing, and to Anne Clark for believing in the book and taking me on in the first place!